At the Philadelphia Low-Cost Bankruptcy Center, Jefferson Law LLC, you receive personal, direct service from experienced Pennsylvania bankruptcy attorney Henry Jefferson. We do not hand you off to junior staff under the supervision of an attorney like other firms. We will personally help you through the complicated bankruptcy process.

We're focused on taking a full-administrative and unrelenting approach to dealing with each client's individual and business needs. We will take immediate steps to stop creditor harassment from the moment you hire our firm. If filing bankruptcy is not in your best interest, we can provide recommendations on other available options for debt relief. Call us and get the full financial protection available to you under the law.

Call us today for a FREE attorney consultation. We also offer Evening and weekend appointments upon request (subject to availability).

Henry was born & raised in Philadelphia. He received his J.D. from Duquesne University School of Law in 1995 and is licensed in Pennsylvania. Prior to starting his bankruptcy practice, Henry was a judicial clerk with the Honorable Brenda J. Hollar in the Territorial Court of U.S. Virgin Islands. Henry also successfully owned & operated several small businesses.

Before starting his bankruptcy firm, Henry worked for five years as a consumer advocate with Community Legal Services of Philadelphia — a renowned, prestigious, and one of the oldest and most effective providers of non-profit legal services in the country. While working with Community Legal Services of Philadelphia, Henry worked with consumers to save their homes from Sherriff’s Sale by obtaining Loan Modifications and filing Chapter 13 bankruptcy. He frequently negotiated with lenders (in the Philadelphia Court of Common Pleas nationally recognized Residential Mortgage Foreclosure Diversion Program) to obtain loan modifications under the Home Affordable Mortgage Program (HAMP).

Henry is a member of the Philadelphia Bar Association. He also served as a volunteer with Philadelphia VIP, and the Low-Income Tax Clinic at the Delaware Community Reinvestment Action Council. Henry is admitted to practice before all Pennsylvania State Courts, the United States District and Bankruptcy Courts for the Eastern District of Pennsylvania. He is also admitted to practice before the United States Tax Court in Washington, D.C. 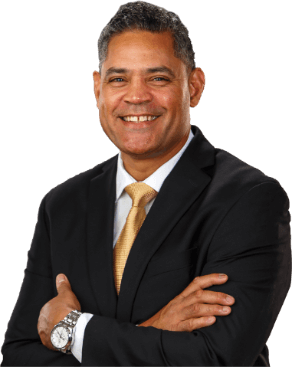 Set up a FREE initial consultation

During your free preliminary consultation with your local bankruptcy attorney, we will invest the time to assess your case in depth. After the initial assessment, we will provide feedback & an estimate of what you can expect to pay including court costs.

In our second meeting, we collect the required documents and information. Based on the documents and the information submitted, we will prepare your bankruptcy petition. While we can complete the petition preparation and file in a couple of days, we are prepared to file within hours, if necessary.

In our third meeting, we will obtain your signature on the final bankruptcy petition, and electronically file it with the bankruptcy court. We will keep you updated throughout the entire process.

Mr. Jefferson showed patience and kindness to me. I was very nervous because I had never dealt with a lawyer before. Mr. Jefferson made it easy for me to meet my financial responsibilities. I hope I will never be in that situation again but if so, I will use him again." - Eva

Attorney Henry Jefferson provided the best service in my Chapter 13 case. He is a highly informed, skilled, professional, reassuring, honest and confident lawyer. I was more than pleased with his representation in my case. I would certainly employ his services again if needed and recommend him to others." -Anonymous
Previous Next

Talk to us right now for free:

Or schedule a call-back to answer your questions:

Text To Chat
Call Us Now